The Depoliticisation and ‘ASEANisation’ of Counter-Terrorism Policies in South-East Asia: A Weak Trigger for a Fragmented Version of Human Security

This article applies a modified version of the theoretical approach of the Copenhagen School to demonstrate that the Association of Southeast Asian Nations (ASEAN) has since 2001 reacted in a twofold way to the complex political obstacles to closer counter-terrorism co-operation: First, it has responded with securitising terrorism as a transnational crime and, second, with a depoliticisation and ‘ASEANisation’ of its counter-terrorism policies. Depoliticisation and ‘ASEANisation’, i.e. the framing of a security threat under the ASEAN Way values, are both deliberate political actions. They enable politicians to base co-operation among the ASEAN members and with outside powers on a non-political, technical basis. Contradicting an assumption of the Copenhagen School, this study argues that in South-East Asia where sovereignty and non-interference are still core principles this approach can offer better political opportunities to resolve a security threat than a ‘classic’ securitisation. Furthermore, this article demonstrates that ASEAN’s anti-terrorism policies reflect its fragmented version of human security, which is based on national and regime rather than individual security. As counter-terrorism does not enjoy political priority in the region, these policies can only be a weak trigger for the implementation of ASEAN’s notion of human security.

Dr Alfred Gerstl, MIR, is scientific director of SEAS and editor-in-chief of ASEAS. His research interests include regional co-operation in East Asia and International Relations theories. 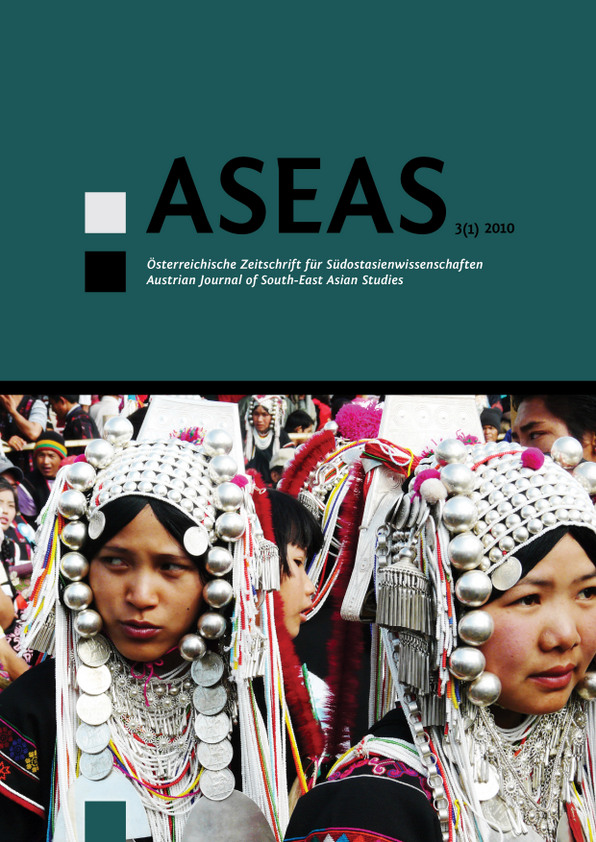