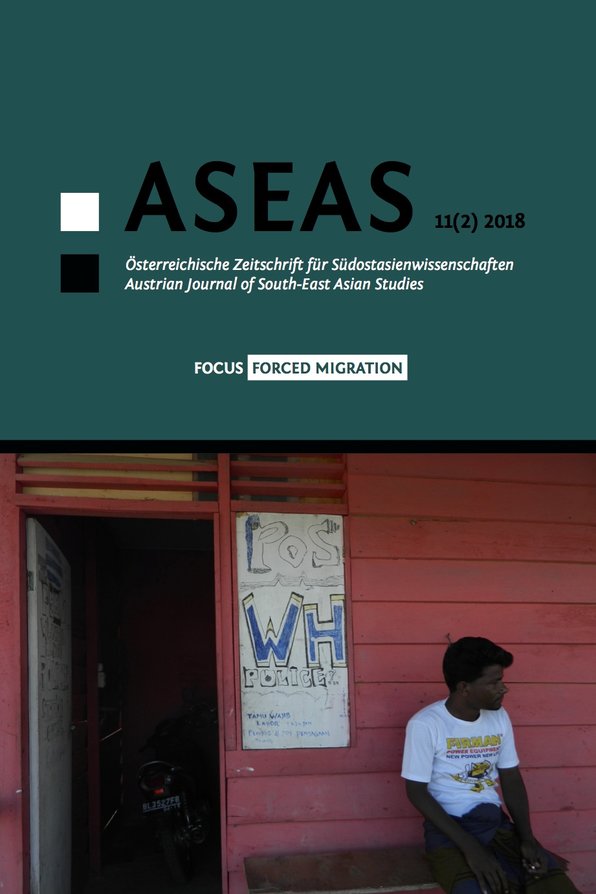 The current issue of ASEAS, 11(2), discusses the highly relevant topic of forced migration in Southeast Asia. Historically, the region is known for the so called boat people crisis in the aftermath of the Vietnam War between 1975 and mid 1995, when almost 800,000 Vietnamese fled their country by sea in fear of prosecution. Currently, Southeast Asia is experiencing its second major forced migration crisis with nearly one million Rohingya people who fled Myanmar in fear of an ongoing genocide committed by the Armed Forces of Myanmar. Thus far, we know little about the current state of refugees and internally displaced persons in Southeast Asia. There are only estimates available on the actual number of people that migrate involuntarily to or within the region. However, according to UNHCR estimates, 3.37 million of the 68.5 million forced migrant population worldwide were hosted by Southeast Asian countries in 2017. At the same time, Southeast Asia has one of the weakest protection frameworks for refugees and asylum seekers worldwide. Only Cambodia, the Philippines, and Timor-Leste have ratified the 1951 Refugee Convention and its 1967 protocol. Contributions to this issue include two case studies from Indonesia focusing on refugee self-organization and the local politics of hospitality towards refugees respectively, and one article that scrutinizes the politics of refugees and asylum seekers registration in Malaysia and Thailand.