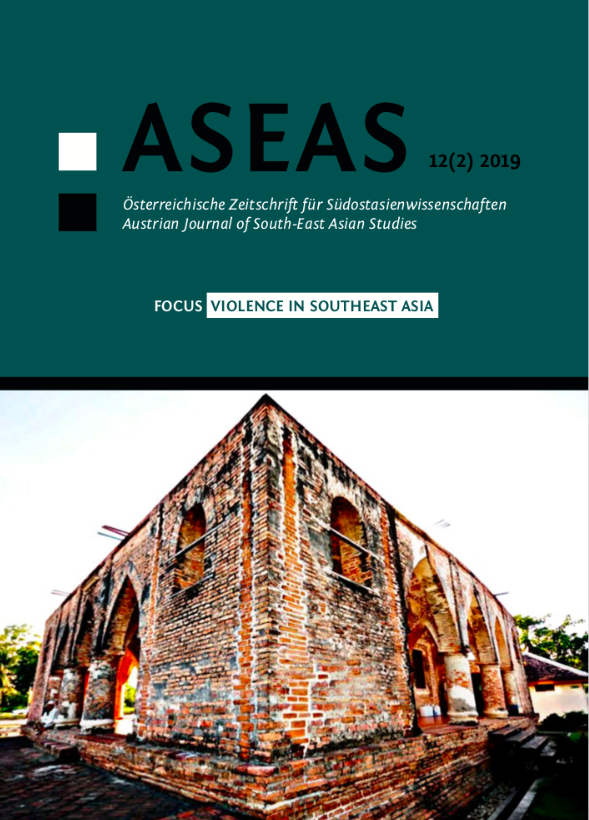 Rampant forms of violence increasingly take place not only in troubled areas but also in centers and metropoles. Such violence is no longer simply confined to local concerns or historical ruptures, but emerges instead in relation to modalities of power. The movement of people and expanding networks of actors and capital enables the notion of violence to transgress boundaries set by institutions, geography, state, and power. In some conditions, rather than sealing off the emergence of violence, the transition to democracy has opened the door for engineered violent confrontations to manifest out of cleavages that have been tempered by previous authoritarian rule. ASEAS 12(2) addresses violence in selected cases and on different scales. The contributions discuss how violence is practiced, how it (re)produces structures, and how it may eventually transform into non-violence. Violence is not simply an outcome of tensions but is a mechanism that actors and organizations deploy to stabilize their struggles, which eventually makes peacebuilding or democratic projects volatile. The articles in this issue feature police violence in the Philippines; intimate partner violence against women in Vietnam; Islamist online/offline mobilization strategies in Indonesia; the role of traditional actors in reconciliation processes in Timor-Leste; and gender security in the context of conflict management in Thailand’s Deep South.