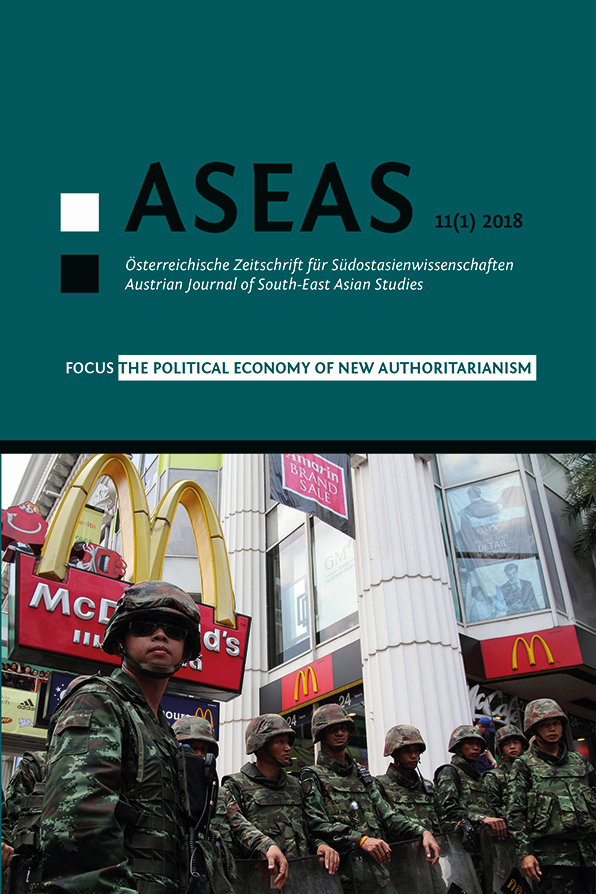 New authoritarianism has become a global phenomenon over the past years, and Southeast Asia is no exception to this trend. The current issue of ASEAS 11(1) discusses the rise of authoritarianism in the region from a political economy perspective. It raises questions about the connection between economic crises and the rise of authoritarian regimes, as well as the specific kinds of economic projects that authoritarian regimes pursue. The articles in this issue include an analysis of a Chinese mining project in Myanmar’s frontier region as well as a re-interpretation of Thailand's military coup in 2014 against the background of China's Belt-and-Road Initiative and the changing economic world system. Other contributions analyze the continuity and intensification of Malaysia's neo-liberal development paradigms, and the role and potential of National Human Rights Institutions in big transnational infrastructure projects. The articles illustrate not only facets of persistent authoritarian neoliberalism, but they also highlight the dawn of a new Chinese-centered accumulation cycle in world history. They reveal transnational mechanisms of primitive accumulation as well as sophisticated transnational institutionalization processes for the defense of human rights. It becomes clear that any response to new authoritarianism will need transnational cooperation and include a search for more fundamental economic alternatives.