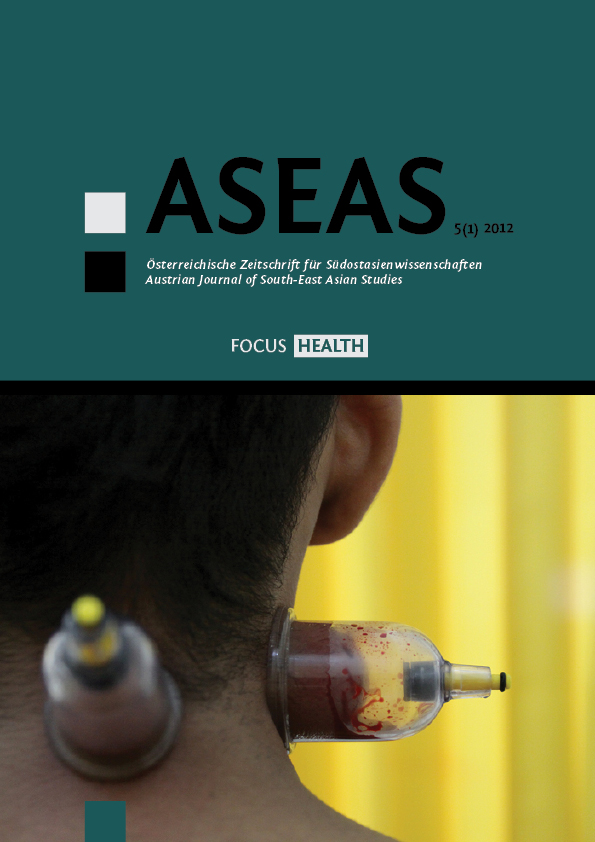 This special issue of the Austrian Journal of South-East Asian Studies has its focus on ‘Health in South-East Asia’. Health, illness, and well-being have always played a part in the life of all human beings, and situated within the new public health perspective, health, illness, and the well-being of individuals, groups, and communities are determined by a diverse range of complex personal, social, cultural, environmental, and economic factors as well as health care systems (Australian Institute of Health and Wellbeing [AIHW], 2010). This is also referred to as determinants of health (Liamputtong, Fanany, & Verrinder, 2012; Marmot & Wilkinson, 2006; Taylor, 2008). Conceptually, the focus of this perspective is on factors which could influence and determine the health of people, instead of on the state and outcomes of their health. It also underscores the prevention of ill health, rather than the measurement of illness (Keleher & Murphy, 2004; Rumbold & Dickson-Swift, 2012; Taylor, 2008). ...